Fifty years ago this week (November 24), the disillusioned son of a mentally unstable woman carried a twenty-dollar mail—order Italian-made rifle to his work in a large brown paper bag. Using several heavy boxes of textbooks, he formed a gun rest, and ` waited for the most powerful man in the world to come within range.

For the youth of today, September 11, 2001 is the day by which all of modern history is judged, and the context in which it is reported. News stories are often told as either post-9/11 or pre—9/1 1. In my youth that day was November 22, 1963. Every year we could count on a new book about it being published. Thanksgiving could be counted on as a time of · food, family, football, and a new report about the Kennedy assassination. In 1974, the most famous home video in the history of home videos was made public and we all sadly got to see with our own eyes how the President died that day.

We've had fifty years to analyze that morning in Dallas. Thousands of individuals have been interviewed.  We even have the whole morbid event on film. Autopsy photos have been scrutinized. Bullet angles have been examined.   Authorities have not only obsessed about fingerprints, but pictures of fingerprints. All of the evidence clearly points to one man shooting three bullets out of one gun from one building. But we refuse to believe that. Someone on the grassy knoll did it. The mob did it. Lyndon Johnson did it. Flying monkeys from outer space did it.

What is it about our human nature that forbids us from accepting words and events for what they plainly are? The facts can show it. The film can show it. The research can prove it. But we don't want to believe it. Why is that? Is it the devil at work? I wouldn't doubt it. We're all conspiracy theorists to some degree, just ask Eve. Satan convinced her that the whole ”Good and Evil" thing was a conspiracy. What God said, according to the devil, wasn't really the truth. There was more to it, he told her. And apparently she wanted to believe that there was more to it. She and her family learned the way that God does indeed mean what he says. There is no back story or conspiracy.

God says to us, "He that believes and is baptized will be saved. He that does not believe will be condemned."There is the plain truth. There is the "home video" if you please. But to the world, and sadly, to some church adherents, this is a conspiracy. "It can't; mean that." "It must mean something else." "Something more is going on here.

People don't accept the clear facts for a number of reasons. —It may be that the facts are just too boring. We want something more exciting and dramatic to be going on. We want something more interesting to talk about. It may be that I have a personal interest in propagating a new theory. A new conspiracy means a new book to be written. A new book written means new money in my pocket. It may be that the plain, clear truth is just simply too hard to accept. There is no way, some have surmised, that one deranged man could have, by himself, changed the history of an entire nation.

So..."He that believes and is baptized" along with the rest of God’s message simply may not be exciting enough for me. I just have to think that something more's going on. Or possibly, I am surrounded by loved ones who do not believe and who are not baptized. It is easier, then, for me to believe that there must be more to the words. The truth can't be what it appears to be —- that's just too hard to accept.

I wish Eve could have seen as I do now that in God’s relationship with man, there is NO conspiracy. It is what it is. It is what the words show. God loves me. His Son died for me. I must believe in his Son. I must demonstrate this belief with my actions. Nothing more to assume. Nothing more to surmise. Our fall "Coming Home" Revival has concluded, and it is deemed a success.  Some came to Christ for the first time, others returned to their loving Father, who had been waiting patiently for them to come back.  This church house witnessed some enter through her doors who had not done so in a long, long time.  The fact that they did not respond to the traditional sermon-ending invitation does not diminish our joy over having seen them in our midst!

Many brothers and sisters eagerly volunteered to cook, clean, organize, teach, babysit, write notes, stuff envelopes, rearrange furniture, order supplies, feed preachers, make phone calls, knock on doors, and help in so many ways.  The assemblies were not forsaken.  Our evening services saw encouragingly larger than usual crowds.  I feel confident in saying that God surely must have been pleased.

Bear in mind that as pleased as God may have been with the past week in Woodsfield, Ohio, the devil was as equally displeased.  he is surely anxious to show God that our spirit-filled enthusiasm cannot last, that our joy will fade, that the present unity we are enjoying will turn to bitterness and cynicism.  Let us strive to prove the devil wrong.  Let us continue to please God.

If you missed the Fall Revival, Teddy Tackett's sermons are available here.

Veterans' Day (formerly know as Armistice Day) is a national holiday in the United States.  It is observed annually on November 11 in honor of war dead and veterans of American wars.  To commemorate the end of hostilities in World War I, President Woodrow Wilson proclaimed November 11 Armistice Day in 1919.  Memorial exercises have been held annually since 1921 at the Tomb of the Unknown Soldier in Arlington National Cemetery, Virginia.  Congress changed the name of the holiday to Veterans' Day in 1954.

Our hearts swell with emotion for those who have died fighting for our freedom in America.  The "Star-Spangled Banner" brings tears to our eyes on this day.  We must never become too casual about this day.

Many years ago at Deanfield in Ohio County, Kentucky, Harold Bellamy heard two elderly men who had worked in coal mines tell about their being trapped in a mine following a cave-in.  The men said they were using carbide lamps, and they were working a mule in the mine.  They said the mule got terribly excited and was breathing deeply and rapidly.

The space where the men and mule were trapped was very small.  The men realized that their air supply was very limited.  They also realized that the mule was much more of the air than they were, so they decided they should kill the mule.  One of the men had a hawk bull knife with which he cut the mule's jugular vein.  The two men said the mule did not even flinch but stood still and bowed his head and seemed to sense he was to die.  They said it was pitiful sight in the light of their carbide lights.  The mule bled to death!

When the men were finally found, so little air remained where they were trapped that they were very weak and about to become unconscious.  No doubt they would have died had they not killed the mule.  The mule died for them.

Our Veterans and this mule will emotionally stir and move us.  But I wonder if we are still stirred by the story of Calvary.  May it never become so familiar, that we become careless and cold about the story of our dying Savior.

Check out the Upcoming Events at the Woodsfield Church of Christ and around the valley.

To Be A Christian 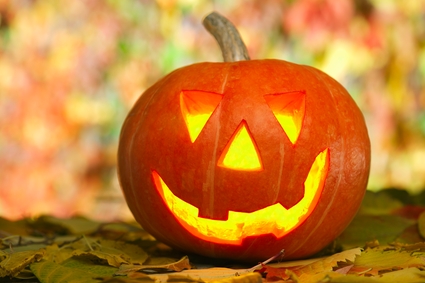 A 10 year-old little girl was asked by another classmate, "what is it like to be a Christian?".  The girl replied, "it's like being a pumpkin.  God picks you from the patch, brings you in and washes all the dirt off of you.  Then, he cuts open the top and scoops out all of the yucky stuff.  He removes the seeds of doubt, hate, greed, etc., and then He carves you a new smiling face and puts His light inside of you to shine for all the world to see."

Thanks so much for the great support of the golf scramble hosted by the Stepping Stones.  Thanks to this congregation & God's grace, we had a great day filled with noteworthy hole prized, great golfers (well some :)) and wonderful food.  Thanks again!

The bus workers wish to thank Karen and Joyce for another great breakfast. Your love and time spent for the ministry is   greatly appreciated. Congratulations to the Blue Bus riders for winning the Great Race and Honor Bus for the month of September.

The children enjoyed a great Bible Hour last Sunday. Jeff, Duane and Keith taught Daniel chapter 15. It’s from this story we get the "hand writing on the wall." God lets us know if we continue to sin He will deal with us in a stern way.

After worship on September 29, Dawn and Dan Watkins, Sue Dearth, Gary Jones, and Brent and Jennifer McConnell cooked and served hot dogs, chips, cakes and drinks to all the children. The family loaded up and went to Clyde and Martha Lee Ault’s pond. Each child was taught about the safety in casting and fishing rods. Volunteers handed out rod & reels to each child and baited their hooks.

50 fish was documented that day with Shawn Johnson catching a 16" bass. Thomas from Broken Timber was measuring the fish and Shelly Longwell was writing all the names down. God Blessed the family with a beautiful day and we thank all those who trimmed, mowed, set up and cleaned up after this event.

We missed Clyde’s smiling face that day but we all know God has a better place than a pond waiting for us if we obey His will. Our thanks to Martha Lee for allowing us to have another great day at the pond.