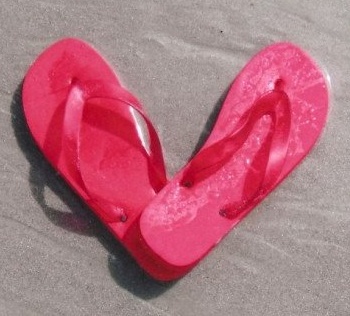 As most of you already know, the appearance of the summer months often means the disappearance of clothing. Modesty gives way to comfortableness, and in some cases more flesh is exposed than is covered. In this article, I simply want to briefly explore the issue of modesty and ask that you reflect upon the teachings of Christ.

As you know, when we were called by the gospel, we were called unto a life of purity. Our life ought to be characterized by purity in mind (2 Peter 2:1), conscience (1 Timothy 3:9), language (James 3:2), and in body (Hebrews 10:22).  In spite of the Lord’s expectation of purity, modesty is seldom discussed, and when the subject is raised, many act as though the one raising the subject is a prudish bore.

But friends, unless we are very naive, we all realize what type of clothing entices lust in the hearts of men and women. Clothing that instead of covering the parts of the body that stirs up lustful thoughts, but rather exposes and emphasizes those areas, or shows just enough flesh to tease is inconsistent with the law of the Spirit of life.

Our clothing should profess our godliness, not our worldliness (1 Timothy 2:9-10). Our dress should be “chaste," not so that we will be "chased".

The sexual drive within humans is very strong. It is God given, and it is good when expressed and fulfilled within the boundary of marriage (Hebrews 13:4).  But if that drive is tantalized and cultivated outside of the marriage relationship, sin and disaster looms just ahead.

I recognize it may very well be the case that young ladies do not know how visually oriented that men are or just how powerful the sexual drive is.  If that is the case, mom and dad, please step in and help them make responsible choices with regard to their clothing.  Don’t allow them to leave the house dressed in a fashion that will tempt and tantalize.

Am I proposing some sort of dress code? Absolutely not. I have no desire to legislate what you should or should not wear. God has given all of us the ability to discem between right and wrong. Contained in the Bible for all of us to read and the principles that regulate what type of dress is appropriate and what type is inappropriate. So you should not concern yourself with my dress code, but with God’s.

However, I would like to make a proposal. I do propose that you and your family draw some lines. Set some standards. Make sure that before you wear anything, you ask yourself If you would feel comfortable defending the purity of that type of clothing before the judgment seat of Christ. For after all, that is what we all will someday have to do.

We appreciate Abe Miller for his love and compassion to God's Word. His message on the Holy Spirit and its purpose in our lives was appreciated. We pray everything worked out well for his trip back home in Indiana, and may God continue to use Abe to preach the wonderful news of Jesus.

The V.B.S. was great. Our teens did a super job and the children had classes on Creation, Jonah, & Noah. We thank God for our teens and wish them the best.

Mid-Western Children’s Home is in need of house parents.  They currently have a waiting list of children that would already be in their care if they only had families in place to serve them.  If you are interested in becoming a house parent, call 513-877-2141 or get more information here.

SIN HAS WHAT IT TAKES TO KILL

Having always been fascinated by snakes you can imagine my excitement on two occasions in visiting the world famous serpentarium. Bill Haast, the renowned herpetologist who owns and operates it, must surely be the expert of experts on the subject of deadly serpents.  Conversing with him at some length, I inquired, "Which reptile do you consider to be the deadliest of all? Would it be the king cobra, the krait, the gaboon viper, the bushmaster, or the Australian tiger snake?" His reply to me was this---”That’s like, asking which gun is the most lethal at close range? Would it be the 12 gauge shotgun, the .357 magnum pistol, or the 30-06 rifle? They all have what it takes to kill.”

We could make similar inquiry as to sin,. Which is the deadliest? Would it be murder, idolatry, adultery, stealing, drunkenness, cursing, or just what? The answer of course, should be rather obvious--- they all have what it takes to kill.

The Scriptures declare, “each man is tempted, when he is drawn away by his own lust, and enticed. Then the lust, when it hath conceived, beareth sin; and the sin, when it is full-grown, bringeth forth death." James 1:14-15.   The apostle Paul wrote, "the wages of sin is death.”  Romans 6:23.

Be it known to all that God has warned.--- SIN HAS WHAT IT TAKES TO KILL. Therefore, let us "abstain from every form of evil." 1 Thessalonians 5:22. Shun the wrong, and do the right!